Equal Protections For All 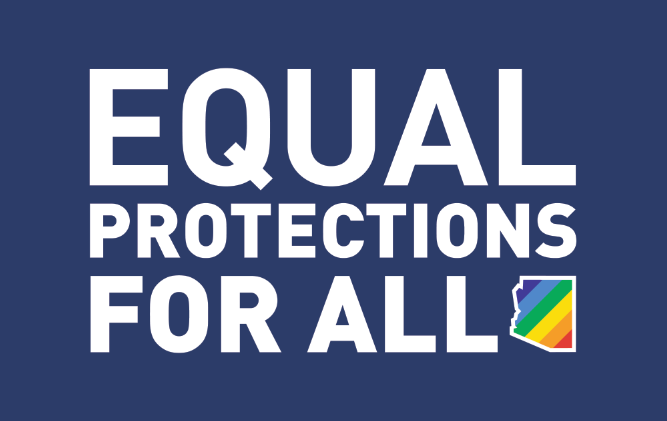 The ACLU of Arizona is collecting stories from LGBTQ Arizonans who have experienced discrimination. These stories will help educate Arizonans about discrimination against gay and transgender people.

We also want to hear from allies who believe in the values of hard work, freedom, and opportunity, and agree it’s time to end discrimination against LGBTQ people across the state. Whether you identify as LGBTQ or as an ally, your voice matters.

Have you been discriminated against at work for being LGBTQ? Have you ever been denied housing because of your sexual orientation or gender identity? Have you been refused service in a restaurant or other public business because of who you are? Stories of discrimination help us make clear that the lack of legal protections impacts LGBTQ people every day.

Wendy Montgomery aka “Mama Dragon” is a member of the Mormon Church. She lives in Chandler, Arizona and has a teenage son who is gay.

Angela LeFevre, a former Sedona city councilmember, has spent most of her life fighting against discrimination and prejudice.

Rev. Strietzel has since dedicated his life to standing against discrimination and celebrating all people, regardless of their sexual orientation or gender identity.

Mother and daughter team, Fran and Jodie, want to educate the public at large that transgender people are just like everyone else.

Channel's empathy is a big part of why she is so willing to speak up for gay and transgender communities.