A cohort of members from the ACLU of Arizona had a private meeting with U.S. Senator Cory Booker of New Jersey to talk about efforts in Arizona to reduce the prison population by 50 percent and reduce racial disparities in the criminal justice system.

The meeting was arranged by Arizona State Representative Athena Salman during a visit to Washington D.C. for the ACLU National Membership Conference. 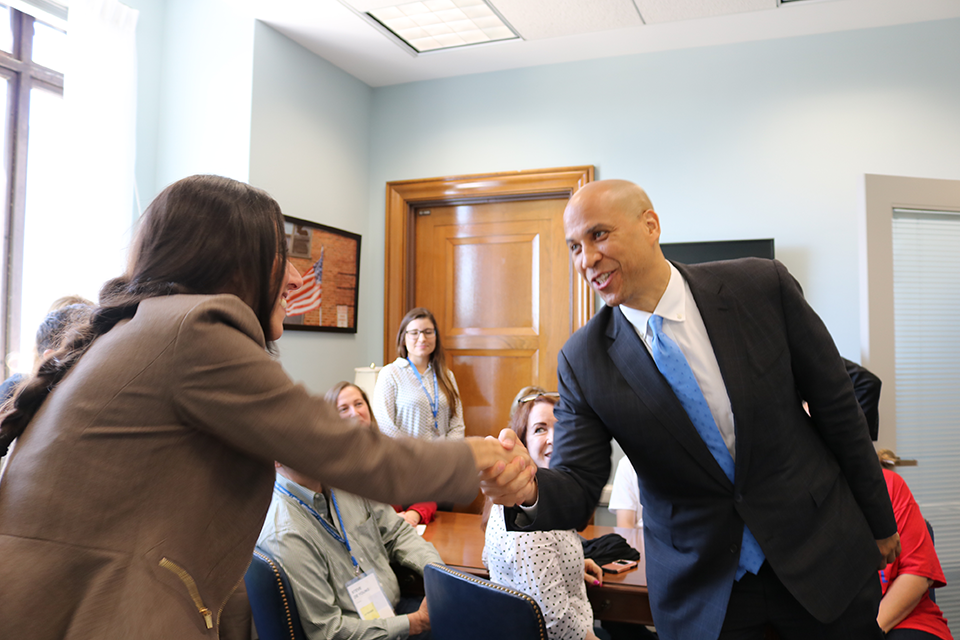 Salman, who’s championed legislation for the rights of incarcerated women, wanted to give Arizona ACLU members an opportunity to meet Booker because of his history as a national leader for criminal justice reform.

“Much of the reforms that we seek at a local level are enhanced when there’s a concerted national effort to change our criminal justice system, especially as it regards to women in our prisons,” Salman said. 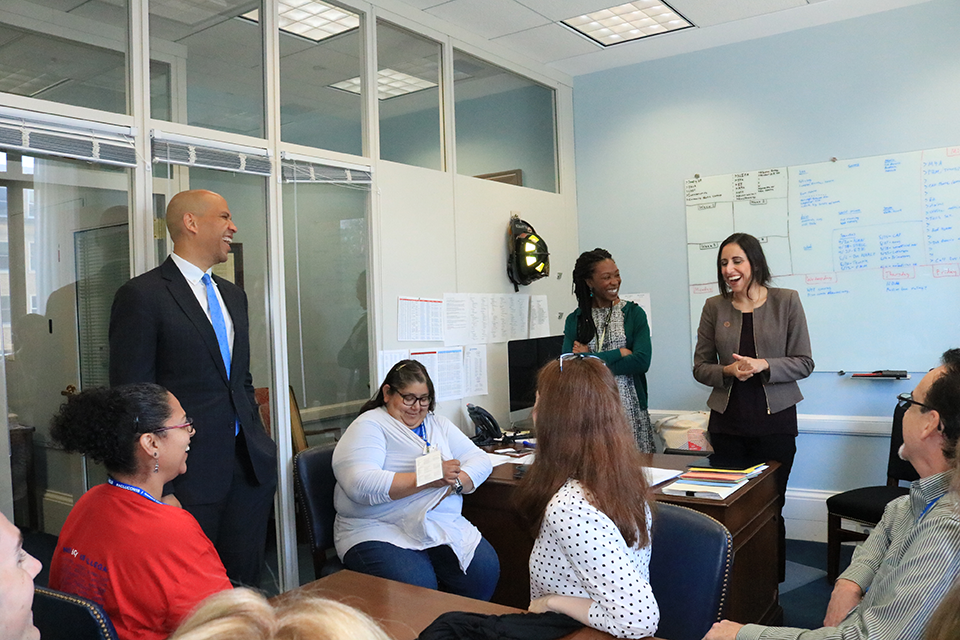 Booker, who co-sponsored the Dignity for Incarcerated Women Act and pushed the Federal Bureau of Prisons for changes internally, offered words of encouragement to ACLU of Arizona members about staying in the fight for a better justice system despite the challenges facing our nation right now.

Booker was eager to hear about the ACLU of Arizona’s Campaign for Smart Justice which aims to reduce Arizona’s prison population and racial disparities in the justice system. Currently, Arizona has the fourth highest incarceration rate in the nation—a statistic that came as a surprise to Booker. 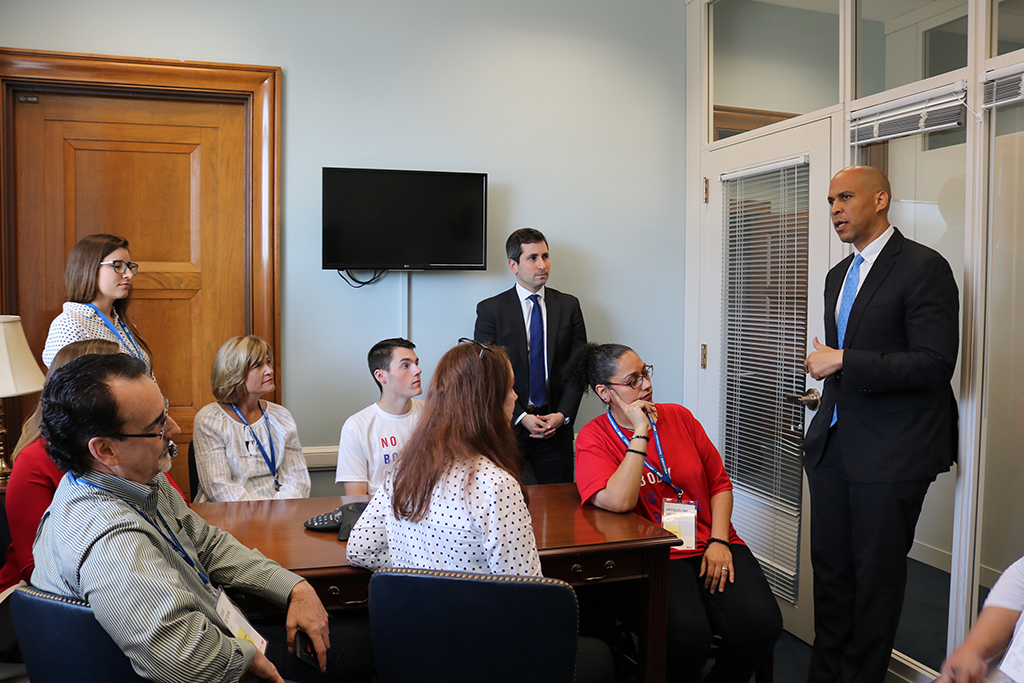 ACLU Let People Vote Organizer Cat Castañeda also talked to Booker about efforts in Arizona to help people convicted of felonies restore their right to vote. Arizona has one of the most challenging voter restoration processes in the nation. Cat, who lost her right to vote in the 1980s due to a felony case, asked for Senator Booker’s help in ending the disfranchisement of people with a criminal record. 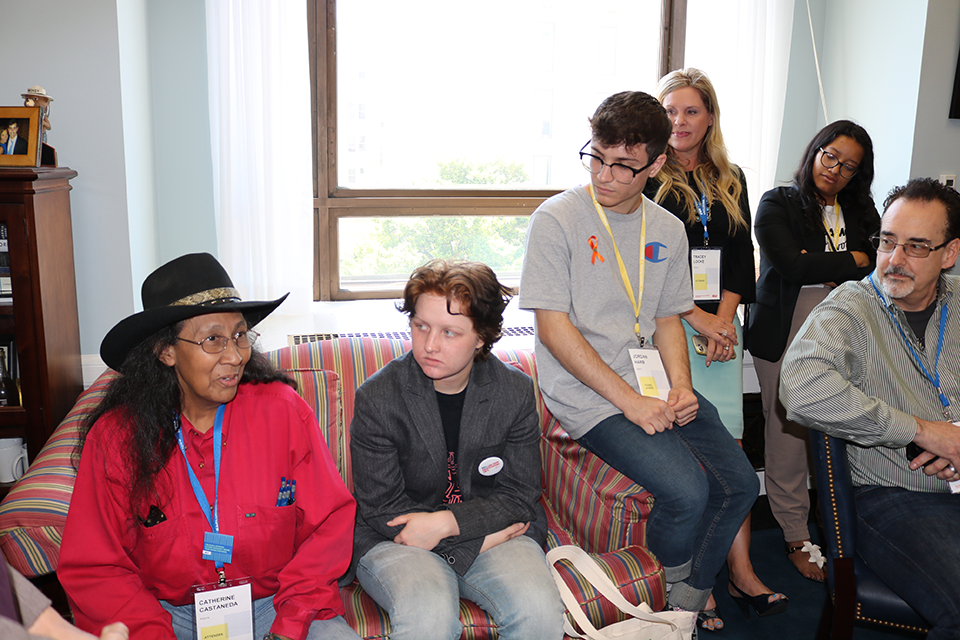 “I was happy to connect the members of the ACLU-AZ affiliate directly with the Senator to ensure that the entire community, especially women like Cat who have firsthand experience in our broken criminal justice system, has a seat at the table when these conversations happen,” Salman said.

Senator Booker offered to assist Arizona in our fight to end mass incarceration. It’s going to take substantial changes at the state and federal levels to make transformative, equitable criminal justice reform happen. It’s conversations like this that will help us, one step at a time, achieve that goal.