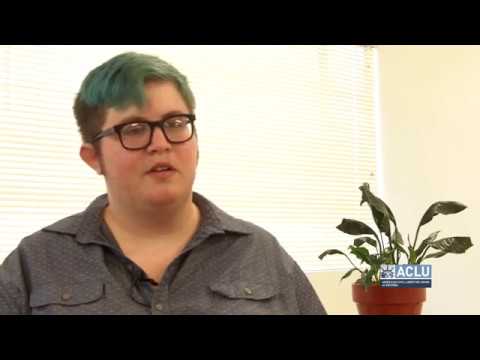 James Avery Fuchs moved to Scottsdale, Arizona when he was five years old. As a child, James grew up wondering why he was never truly comfortable with himself and his body. In 2013, he made the decision to transition to male and finally felt like he could be himself.

Ready to become the best person he could be, James began the transition process but unfortunately faced many setbacks in his work place. James was mistreated and delegitimized when coworkers, human relations representatives, and customers routinely asked invasive and personal questions regarding his gender. James was forced to use the woman’s bathroom or put a sign on the door of the multi-stall men’s room whenever he used it, subjecting him to discrimination and harassment.

All the humiliation James felt during his employment furthered James’ concern for the safety of the Trans community and prompted him to take action against discriminatory practices towards the LGBTQ community. James believes that there should be employment, housing, and public accommodation protections in Arizona for all LGBTQ people. He says that these protections will provide medical, criminal, and employment recourse for the transgender community.

James is hopeful for the future. An educator on transgender rights, James discovered that being himself is the best way to make a difference in the transgender community.