Government records obtained by the ACLU shed new light on Border Patrol’s vast interior enforcement operations, most of which occur far from any international border. Though Border Patrol says these operations are “safe, efficient, and cost-effective,” the agency’s own records undermine those claims, revealing a systemic lack of oversight or accountability for agents who violate border residents’ most basic civil and constitutional rights on a dramatic scale. These documents show that Border Patrol’s extra-constitutional police practices often amount to a de facto policy of “stop and frisk” for border residents. Read more in the ACLU of Arizona report, "Record of Abuse: Lawlessness and Impunity in Border Patrol's Interior Enforcement Operations." 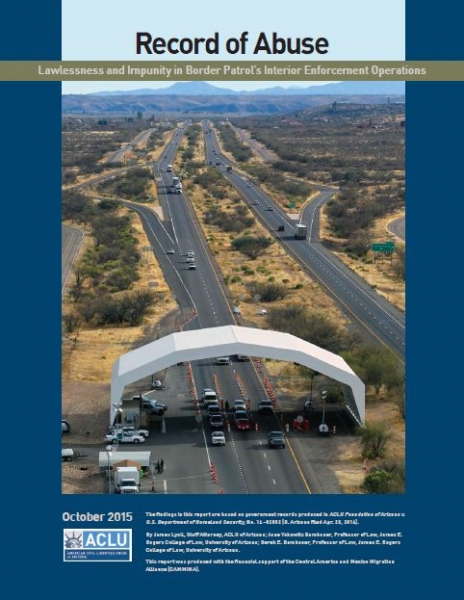 The following is a selection of records produced to date in ACLU Foundation of Arizona v. DHS, the lawsuit that is the basis for the ACLU of Arizona "Record of Abuse" Report.  Litigation is ongoing and additional records will continue to be made available.